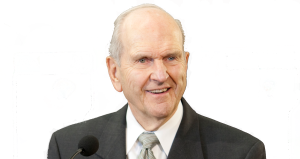 The Church’s recent announcement raised more than a few eyebrows for those in the know about all things Mormon.

There were a handful of issues people brought up, and having reporters on the scene gave the impression their new prophet, Russell M. Nelson, would acquiesce, and answer their concerns. Alas, true to Mormon style that assumption proved wrong. With that the fallout didn’t take long to kick in.

While there were many legitimate issues people wanted addressed, we’re only looking at a couple of things, with an emphasis on their chronically terminal racist problem they instigate, and turn a blind eye to.

The first thing we noticed is how Nelson seemed to ignore the immediate concern of member retention. Many of the news sites and blogs reported demoting Uchtdorf put the walls back up between Church leaders and members in one fell swoop.

For whatever reasons, many of the Church’s millennials felt Mr. Uchtdorf could relate to them in a way they had never known before. Some even postulated he was removed because he used Jesus’ name too much. Whatever the reasons may be, it seems Uchtdorf will be sorely missed by many.

Another notable move on Mr. Nelson’s part is when he demoted Henry Eyring. During Monson’s tenure Eyring had served as 1st Counselor, making it obvious he’s now been relegated to the 2nd Counselor spot. Placing those specific people in those positions indicates the Church has reverted back to its old way of doing things 30-40 years ago.

The biggest blunder in all of this is of course, the race issue.

Just to make sure I wasn’t reading anything into Nelson’s comments, I asked a handful of people for their opinions when he answered a reporter’s question about the lack of diversity. My husband, Kirk, thought the Church needs to be called out on their racism. Melissa said it seemed like he was speaking like he had no filter, and should watch what he says in public before he ruins their image of not being a racist religion. … It might be a little too late for that one…

As a reminder, Nelson told people they’re ‘white and American’, and said people should look at local leaders for signs of diversity. Unfortunately, he also stated there would be a day when they’d see ‘other flavors in the mix’, meaning there’ll be a day when not everyone will be white and delightsome.

We’re wondering what being white and American has to do with being an apostle for Jesus. According to biblical history, none of His original apostles were white, let alone American. Even if Jesus did establish an American church with new apostles, would they behave this way, or exclude others from joining their ranks based on color? We think not.

A great synopsis describing Jesus’ twelve disciple can be found at Bibleinfo.com. As you’ll

see, the descriptions of their personalities portray a zealous love for Jesus, which is far different than what’s going on in Salt Lake City.

As we’ve heard and seen numerous times, the latter-day apostles make a living on telling lies.

The race issue was near the top of my list of reasons why I left Mormonism. Sitting in countless Sacrament Meetings and listening to lessons on why blacks were the seed of Satan did nothing to endear me to their cause. Looking at simple comparisons from the Bible and their teachings taught me early on, there was something drastically wrong. The false shame ran deep far too long in my life. See Gal 3:27-28.

This new prophet showed that he was ‘old school Mormon’, and only time will tell if he’s as loose lipped the rest of his tenure as he was already. I say you should just let him say whatever comes to mind and don’t muzzle the guy. If he’s given full reign it’s bound to reveal more than any new prophecy ever could.

Pray for those who are being taught these lies today and share the truth with them!